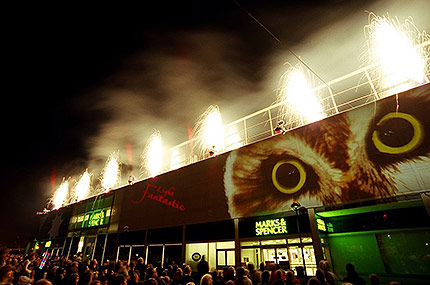 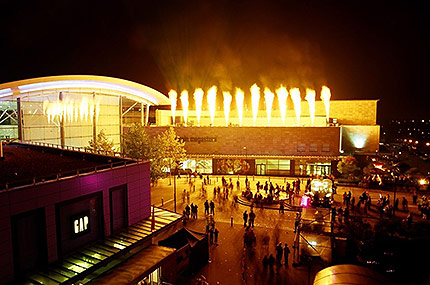 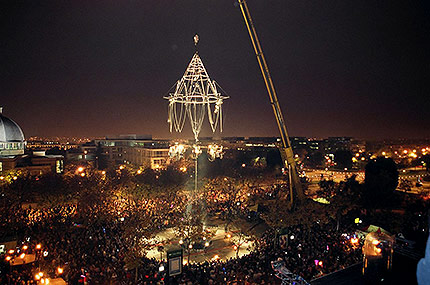 To create an inaugural event for Milton Keynes and to put it on the world stage of outdoor events, using cutting edge lighting, projection, special effects and entertainment, against the backdrop of Milton Keynes City Centre.

A formidable European aerial act performed, suspended in a giant carillon, as their bells rang out 50m above the shopping centre. The magical Heliosphere enchanted adults and children alike, as it floated through and above the crowds and a Light Parade, to rival anywhere in the world, showcased Milton Keynes’ magnificent central boulevards, where giant lantern costumes danced along accompanied by community samba bands and singing children.

Over 80,000 members of the public attended the show and a spokesman for the organisers said they were delighted with the response from the public. The show was then repeated in major cities within the UK.