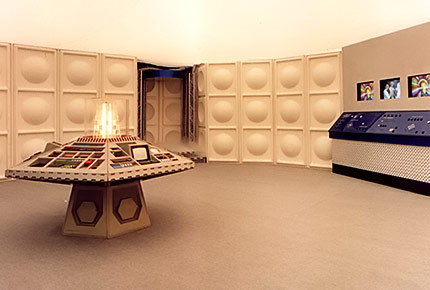 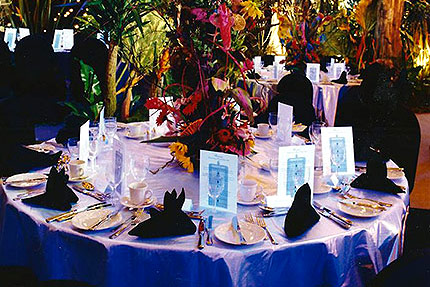 Dr Who – A Journey From Gallafrey – A Gala Dinner for the UK’s senior motoring journalists and their families, at the launch of a new car.

To entertain and cause a talking point to an audience who have seen it and done it all before, with no direct links to the launched product.

To tie in with a recent film launch, ‘Dr Who – The Time Lord’ was the chosen theme. A teaser campaign began 6 weeks prior to the event, when guests received a metal police box containing a DVD showing classic clips of Dr Who’s past adventures to set the scene.

On the event day, guests found costumes ready and waiting for them in their bedrooms. At 2000 hrs, outside the venue, a British Police Box started smoking and playing the Dr Who theme tune. As guests made their way through the entrance walkway the walls pulsated with star cloth light giving the impression of a moving vortex which exited guests into the centre of the Tardis.

Pre-dinner drinks were served in the Tardis control room with many of the original props from the 1980’s version of the TV series, including the centre console. Dr Who made a dramatic appearance, asking guests to hold on tight as they were about to land – dry ice vents pumped smoke effects into the room and the brightly lit Tardis console began to move up and down. After an announced ‘malfunction’ the Tardis ‘landed’ on a split time zone, enabling guests to enter into the two mysterious worlds of planet Xeros and a deserted 1980’s street – the scene of the Dr’s most famous battle with the Daleks.

The client knew they could trust to The Full Effect to ‘wow’ this hard to please audience, receiving wonderful feedback from guests and great reviews for their product.